In Canada, there are diverse and reliable renewable and non-renewable energy sources: oil, natural gas, hydroelectricity, coal, nuclear (uranium), solar, wind, tidal and biomass. Canada is the fifth largest energy producer in the world and the eighth largest consumer of energy.

Canada has about 1% of the world’s coal resources. Depicted on the map are the major coal deposits in Canada, categorized by rank, and the locations of major coal fields and coal mines, major coal transportation routes and major coal-powered electrical generating stations. 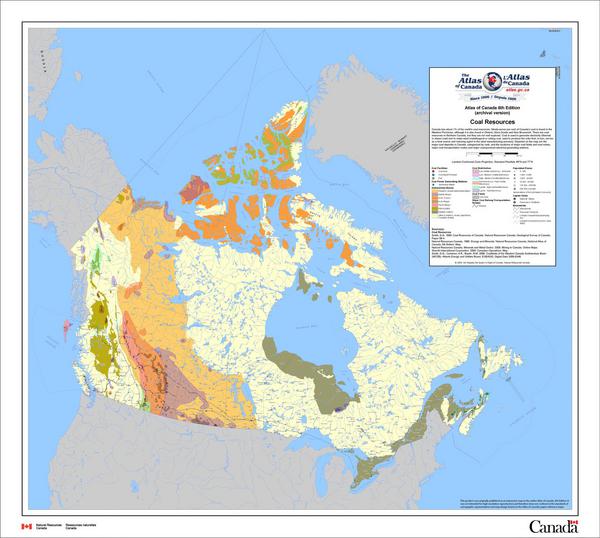 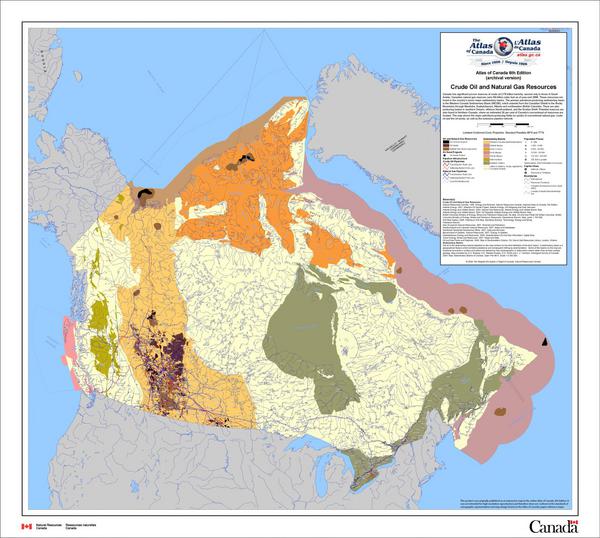 Canada has about 8% of the world’s unmined uranium resources, but accounts for some 25% of the global primary uranium production. The map shows districts with potential for uranium development, small occurrences of uranium, locations of uranium mines and facilities, and locations of nuclear facilities that generate electrical power. 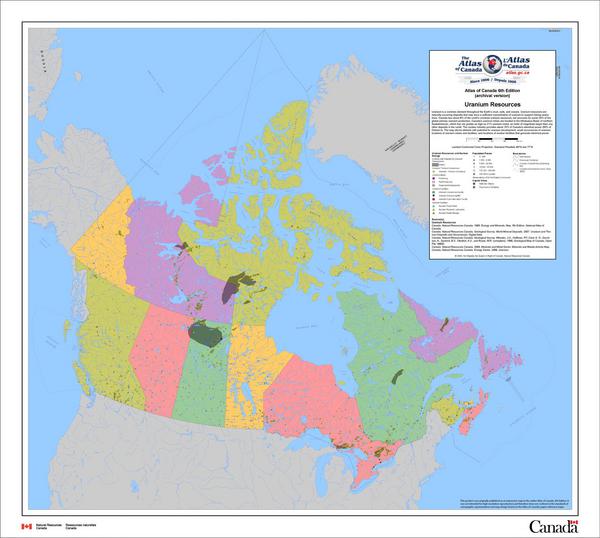 Contained within the 4th Edition (1974) of the Atlas of Canada is a collection of graphics and two maps. The first map shows the location of oil and gas fields, pipelines and processing plants for Eastern Canada. The second map shows distribution and production of coal for 1970. These maps are accompanied by a set of graphs providing coal production by type and province, total estimated reserves and value of all mineral production for 1970. 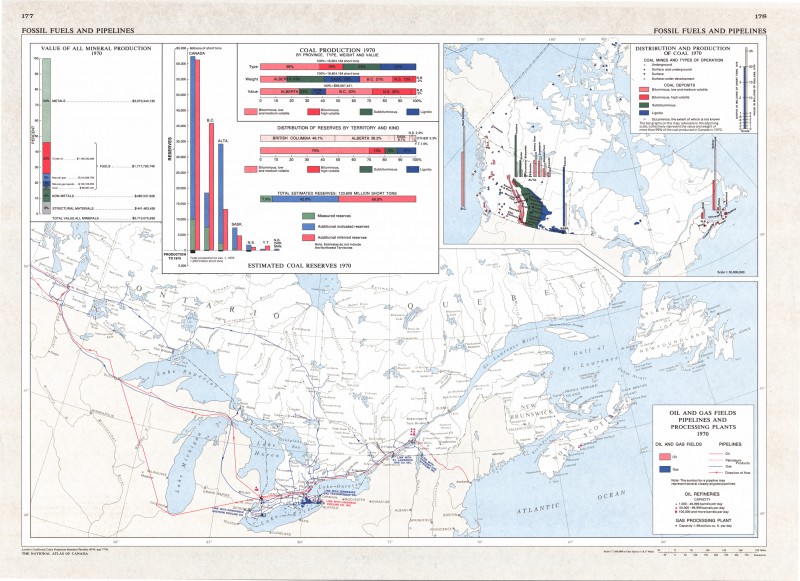 Contained within the 4th Edition (1974) of the Atlas of Canada is a set of two maps and two groups of graphs. The first map shows the location of oil and gas fields, pipelines and processing plants for Western Canada. The second map shows locations of crude oil, petroleum oil and natural gas pipelines as well as areas of sedimentary rocks in which oil and gas have been found or may be found. 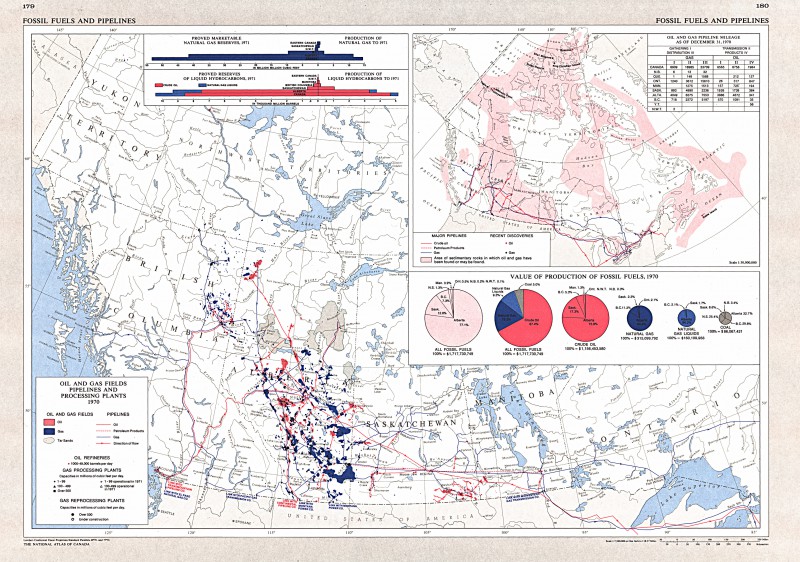 Contained within the 5th Edition (1978 to 1995) of the National Atlas of Canada is a map that shows the energy data in oil and gas fields and related infrastructure, and electricity generating stations and transmission lines; mineral data shown are mines and processing facilities. Selected railways also included. Tables identify all data on map. 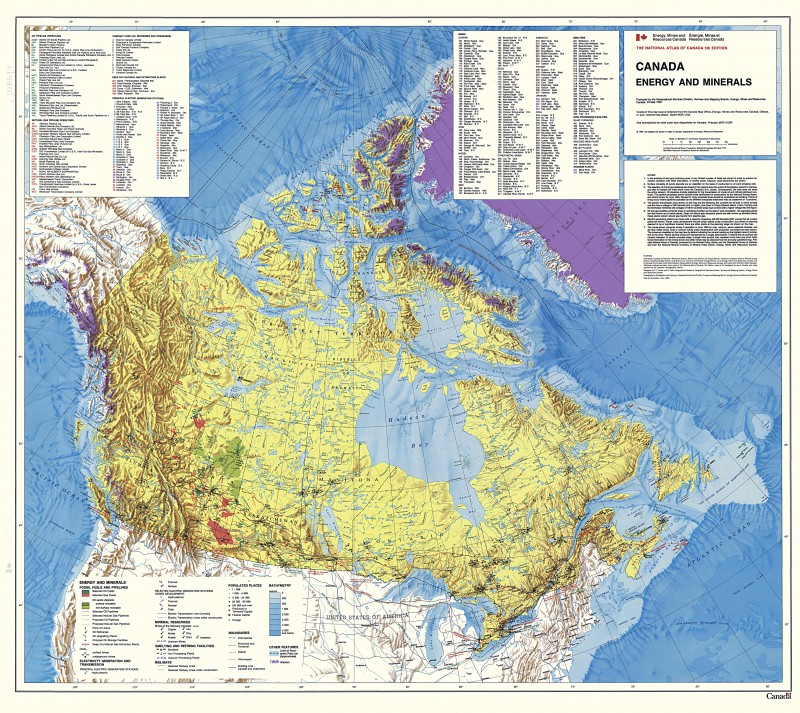 Hydroelectricity is electricity generated by hydropower, which usually requires the potential energy of water stored behind a dam to drive a water turbine and generator. The map shows 632 large dams and 6 major dams. Also, mapped are 479 hydroelectric generating stations (power plant). 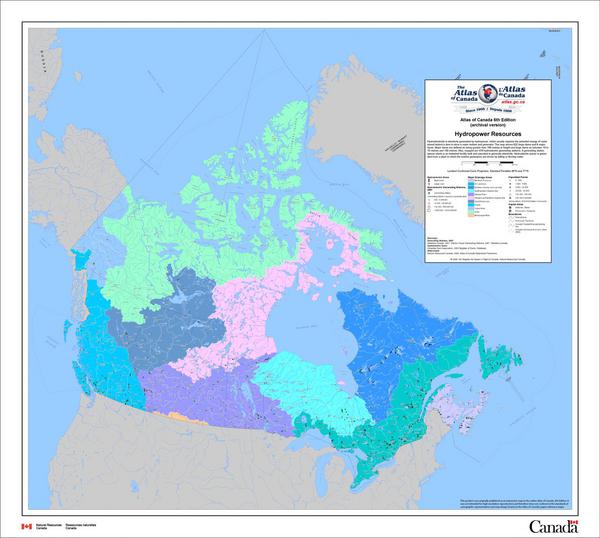 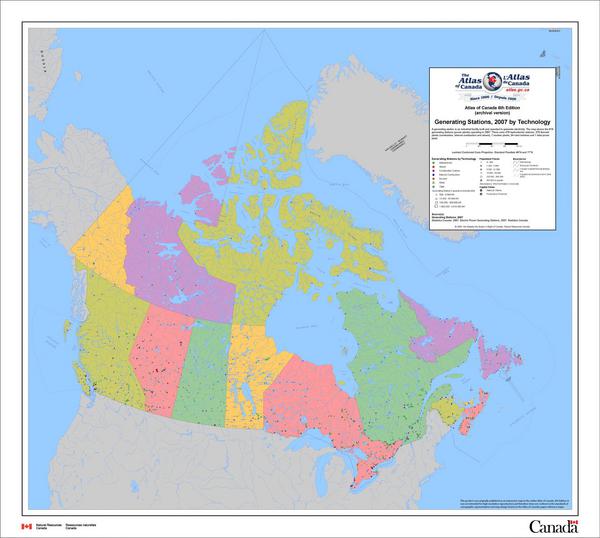 Contained within the 5th Edition (1978 to 1995) of the National Atlas of Canada is a map that shows the generating stations (by size, type and status) and transmission lines (by voltage category). A table lists all stations giving name, operator and other data. 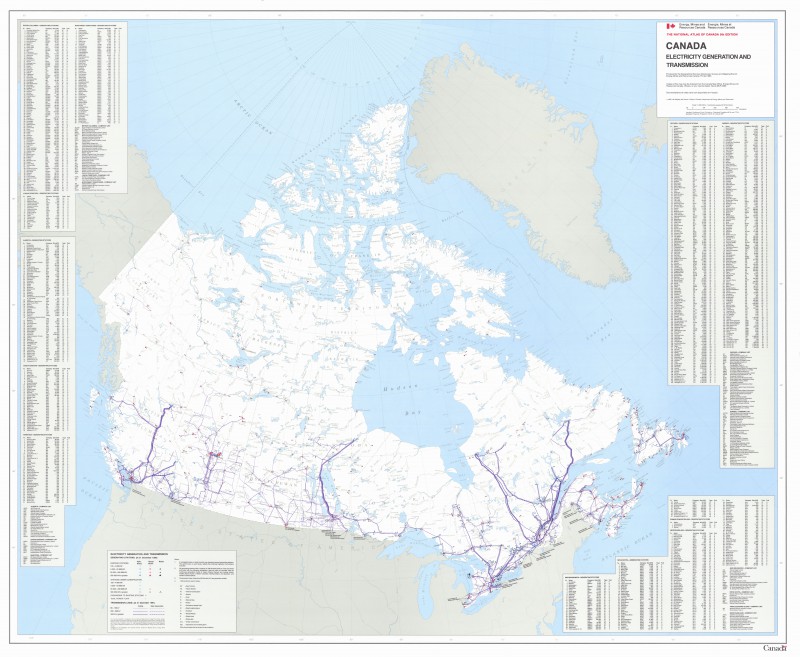 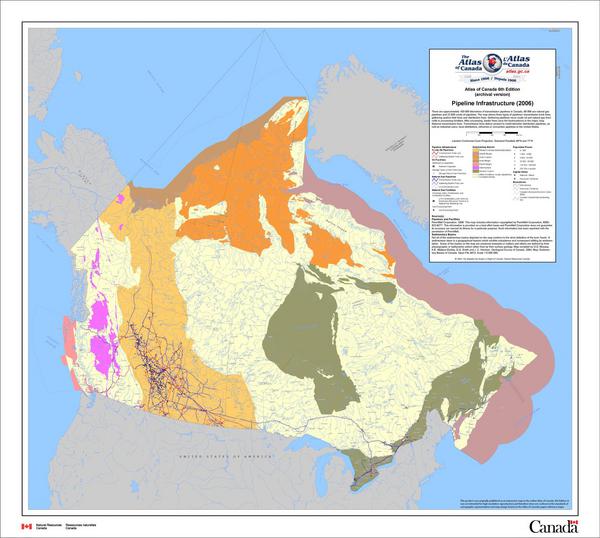 The air transportation infrastructure consists of airports, aerodromes and the civilian Air Navigation System (ANS). There are approximately 1775 aerodromes in Canada. On the map, they are categorized into three types of aerodromes: land airports and aerodromes (for rotary-wing or fixed-wing aircraft); water bases (for float planes); and heliports (for helicopters). 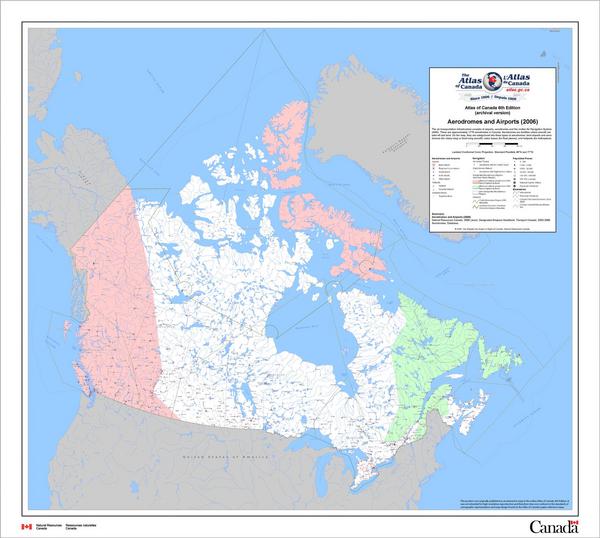 Canada is a maritime nation with access to three oceans (Atlantic, Pacific, and Arctic), and shared access to the longest inland waterway system in the world, the Great Lakes St. Lawrence Seaway system of waterways. The map shows approximately 590 major ports, the Seaway (including major locks) and vessel traffic service zones. 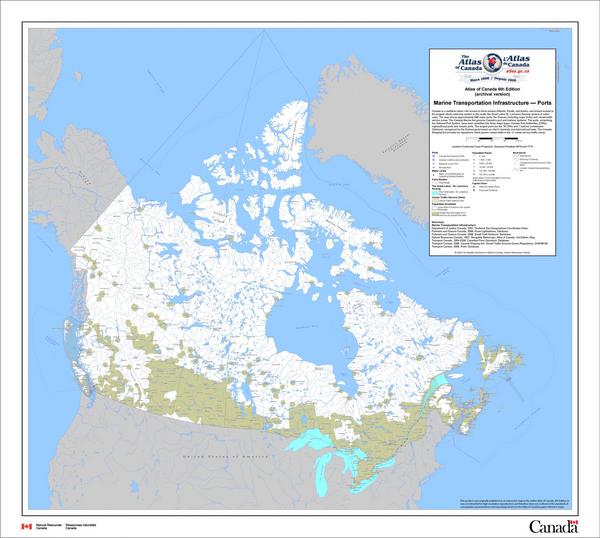 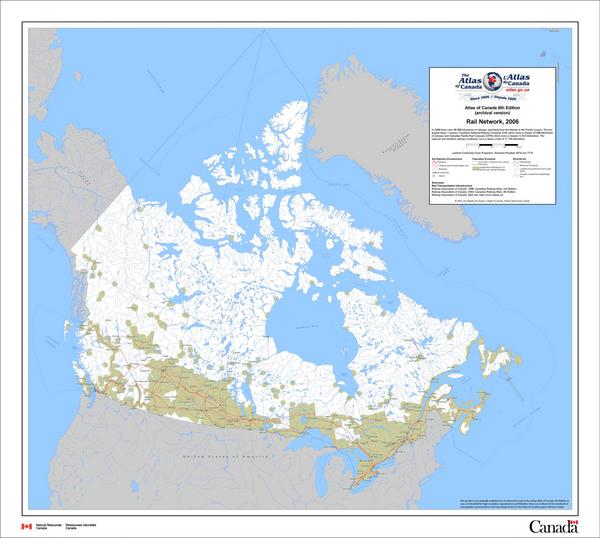 The 1.1 million kilometres of roads shown on the map form a national road network that connects people and goods from one community to another in Canada and to the rest of the continent. On the map, roads are classified based on the population of the communities the roads connect; combined, the communities on the map represent 78% of the total population in 2001.